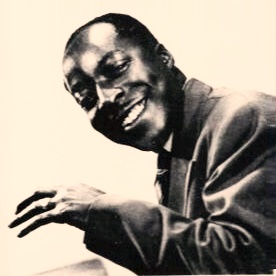 He was a native from Tennessee and began to work as a blues pianist in Nashville before joining the army in 1944. His first recording, a slow blues called "I Wonder" was a good success, as many of the ballades he wrote. However, Cecil Gant recorded many fast blues and boogie woogie songs which earned him the nickname of "Rock’s Grand father"