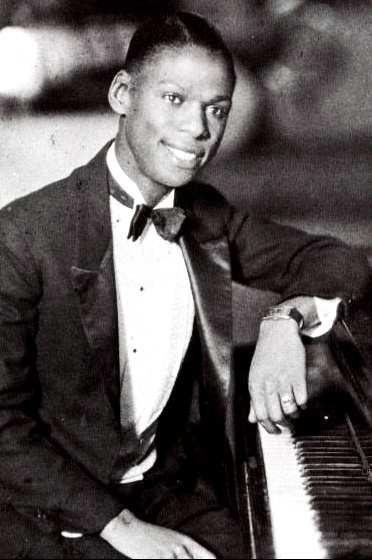 Earl Hines is often described as one of the most influentials pianists in jazz history. He was a native of Pennsylvania and he moved to Chicago in 1925 where he made some major recordings with Louis Armstrong's Hot Five. On his first piano solo recordings in 1928, his style is already rather far from stride pianists of that period : Although less harmonic, his virtuoso and syncopated playing already bypasses the rhythmical rules established in jazz music. Earl Hines had a very personal way to make the piano sing, using characteritic vibratos at the right hand. It was called the "Trumpet piano style". His composition "Rosetta" became a famous jazz standard.