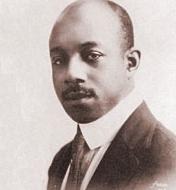 He was originally a ragtime composer. His style evolved in the nineteen-tens toward a more syncopated piano playing : he was, with Luckey Roberts one of the pioneers of stride piano, which was defined a few years later by James P. Johnson. His long collaboration with Noble Sissle was very successful : they wrote "Shuffle Along" in 1921, the first Broadway show written by African Americans.

After the world war II, Eubie Blake came back to ragtime, which he became the most authentic representative until his death at the age of 96. He is the author of jazz standards such as "Memories Of You", "I'm Just Wild About Harry" and "Love Will find A Way".