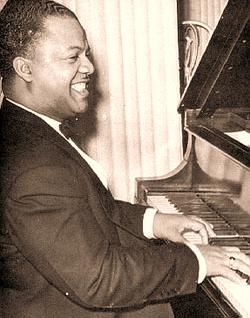 Born in Chicago in a musical family, he began music by learning violin, but turned to the piano after hearing Meade Lux Lewis and Hersal Thomas. Completely self-taught, he began performing and perfecting his style with his friend Albert Ammons, whom he met when he was a taxi driver. In 1927, he recorded one of his compositions that would become his most famous song Honky Tonk Train Blues.

But Meade Lux lewis only came into the public eye around 1935, when he began recording for Parlophone and Victor. After the Carnegie Hall concert in 1938, he became, with Albert Ammonss and Pete Johnson, a legendary boogie woogie player. The trio continued to perform at the "Cafe Society", while the popularity of the boogie woogie was in full swing. In 1941 he moved to Los Angeles and continued giving public performances, even appearing in some motion pictures. He died in 1964 in a car accident.